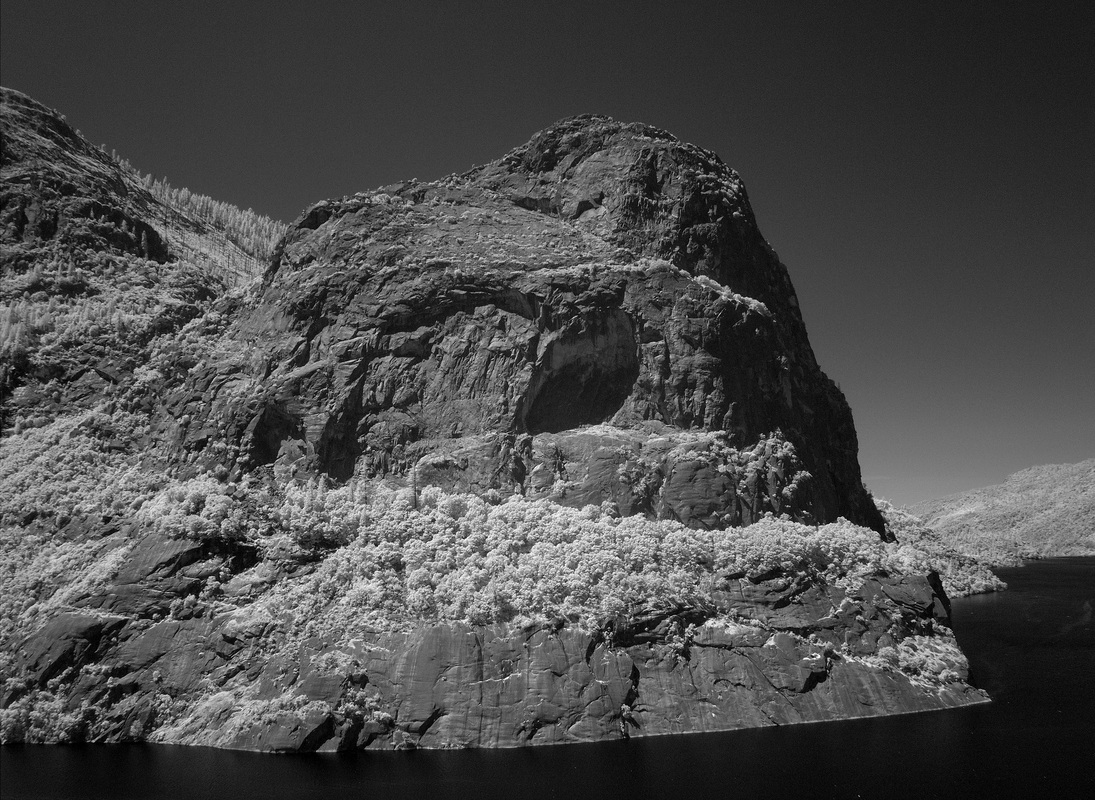 I made this photograph on May 11, 2012. The location of this image is at Hetch Hetchy Reservoir in Yosemite National Park. Kolana Rock is like the Half Dome of Hetch Hetchy. You can see it from any point around the reservoir. The place where I took the shot was about 3.5 miles from the dam.
For this image I used an Olympus E-PL1 digital camera which has been converted to infrared sensitivity. I made a sequence of shots starting at the right and moving to the left. The two that I used for the image were approximately 50 feet apart. The exposures were 1/320 second at f8 (ISO 400). The lenses were adjusted to the 35mm camera equivalent of 28mm.  You can see the image in the format you prefer by clicking on one of the following: parallel, cross-eyed, or anaglyph (red/cyan glasses).
stereo 3D panorama anaglyphs