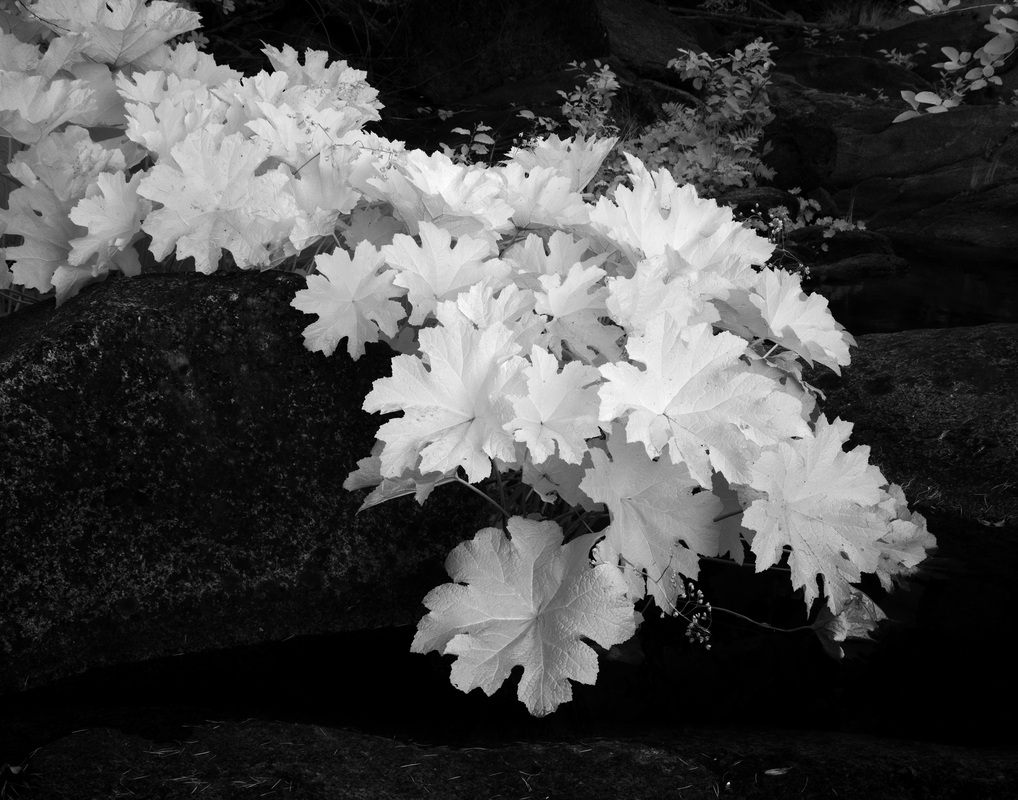 I made this photograph on August 24, 2013. The location of the scene is Yosemite National Park on Tamarack Creek. There is a bridge on Highway 120 which goes over Tamarack Creek about 2 miles from the entrance of Yosemite Valley. This is one of my favorite spots to photograph in Yosemite. The plant is also known as Indian Rhubarb (Darmera Peltata).
For this image I used 2 Olympus E-PL1 digital cameras mounted next to each other (with one upside down so that the lenses would be closer together). The cameras had been converted to infra-red sensitivity by LifePixel. In infra-red photography green foliage becomes very light toned. The exposures were 1/10 second at f/8 (ISO 100). The lens was adjusted to the 35mm equivalent of 50mm.  You can see the image in the format you prefer by clicking on one of the following: parallel, cross-eyed, or anaglyph (red/cyan glasses).
stereo 3D panorama anaglyphs