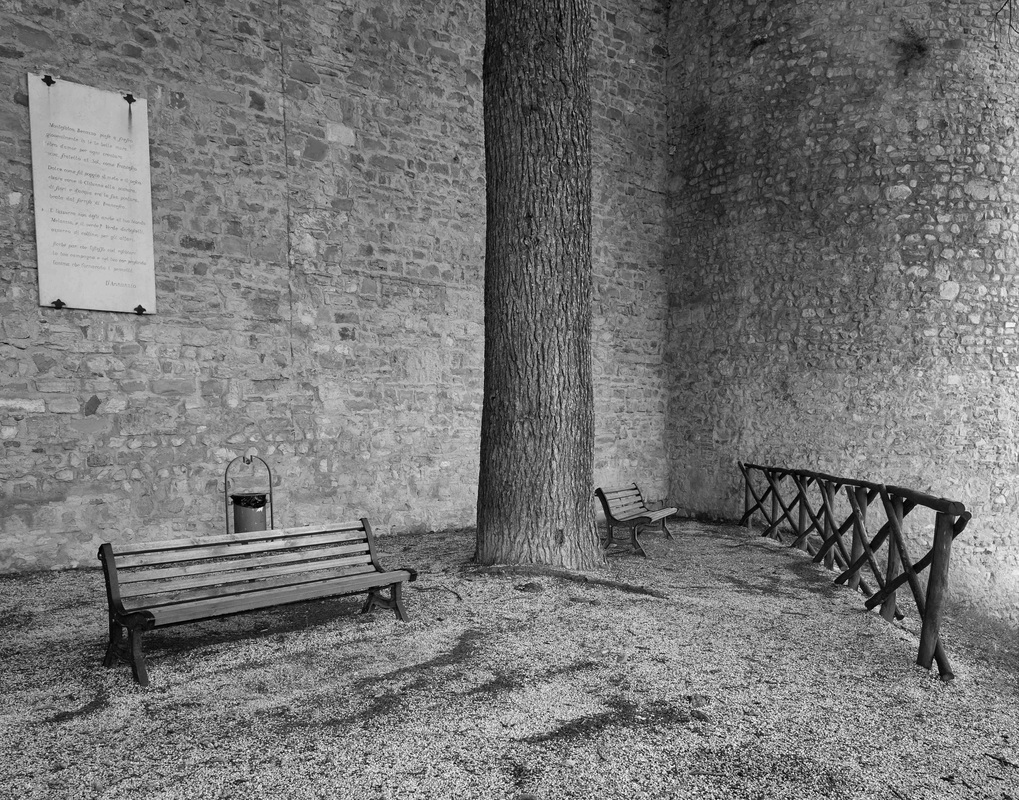 I made this photograph on October 14, 2012 while in Perugia, Italy.
For this image I used 2 Sigma DP1 digital cameras mounted next to each other on a panoramic device I constructed which allows the cameras to rotate up or down around what is called the entrance pupil of the lens. This enabled me to tilt the cameras slightly downward to make one part of the image, then slightly upward to make the other part of the image. I blended the two parts of the image together using  a computer program called Panorama Tools Graphic User Interface (PTGUI for short). The exposures were 1/5 second at f/8 (ISO 50). You can see the image in the format you prefer by clicking on one of the following: parallel, cross-eyed, or anaglyph (red/cyan glasses).
stereo 3D panorama anaglyphs