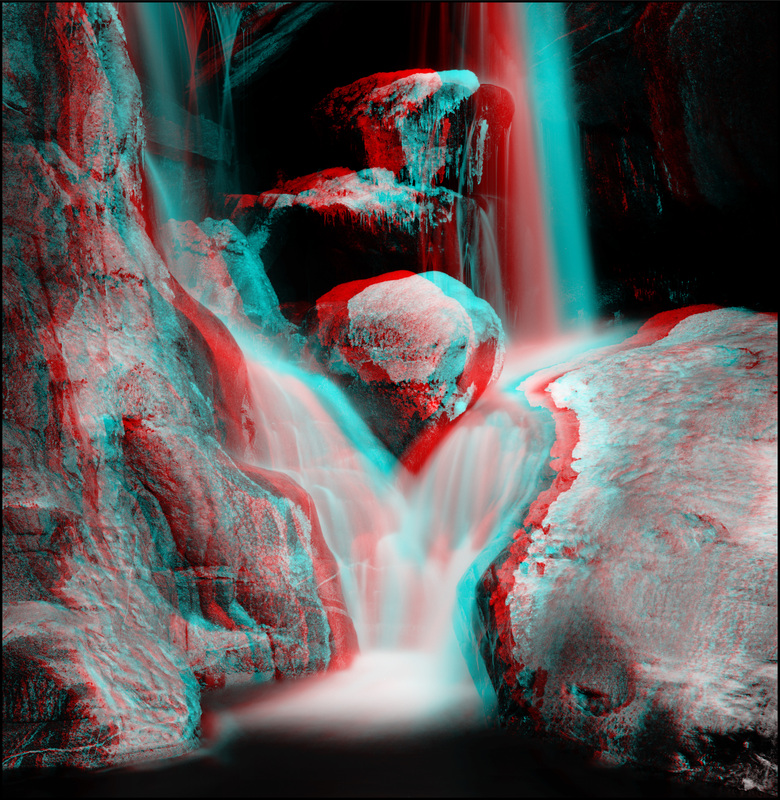 This image was made in January of 2001. The location is at the base of Bridalveil Fall. I have seen it several times but this is the only time it was covered with ice. Generally it would be very difficult to get to it if it was covered with ice because the area leading up to it would also be covered with ice. The cameras were 2 handmade wooden 4x5 cameras separated by one foot. Normally I would not have that wide a separation if I was this close to the scene, but there was not much depth in the scene, so separating the cameras by 1 foot exaggerated the the depth somewhat.
stereo 3D panorama anaglyphs