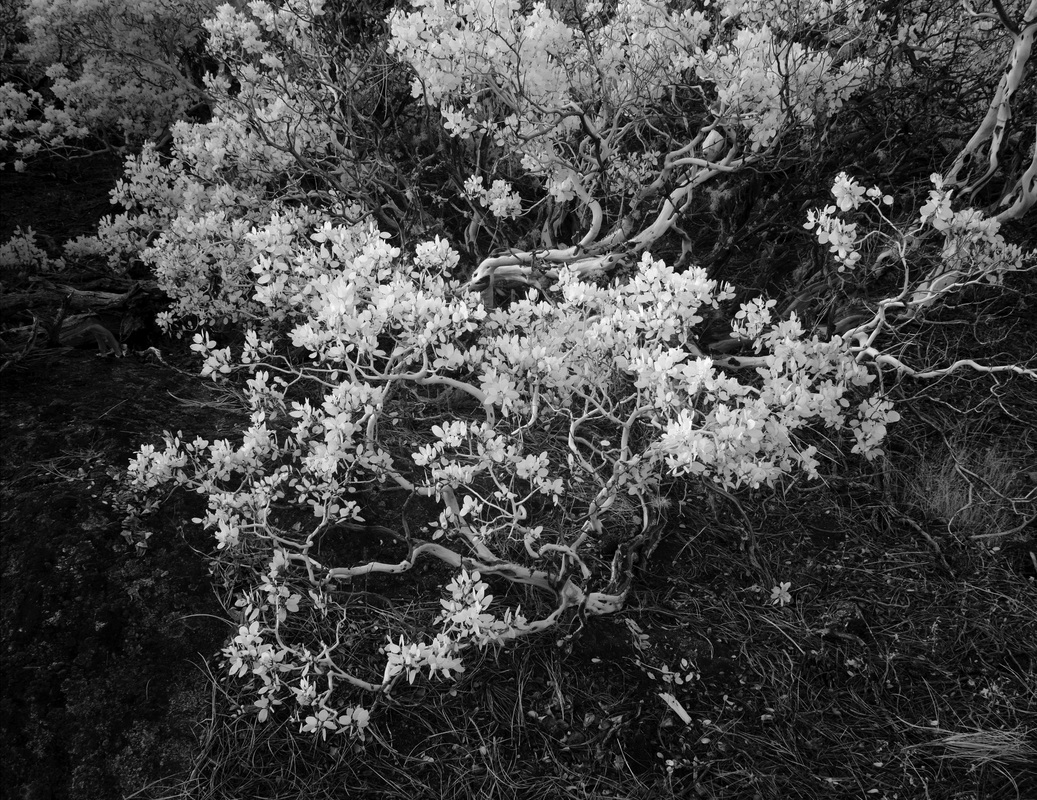 I made this photograph on June 15, 2013. I was on a backpacking trip at Hetch Hetchy Reservoir which is part of Yosemite National Park. We hiked around the perimeter of the reservoir to Rancheria Creek where we spent the night. I got up in the morning before the sun had risen over the mountains and made a few shots of the manzanita plants which are very plentiful in the area.
For this image I used 2 Olympus E-PL1 digital cameras mounted next to each other (with one upside down so that the lenses would be closer together). The cameras had been converted to infra-red sensitivity by LifePixel. In infra-red photography green foliage becomes very light toned. The exposures were 1/5 second at f/8 (ISO 100). The lens was adjusted to the 35mm equivalent of 34mm.  You can see the image in the format you prefer by clicking on one of the following: parallel, cross-eyed, or anaglyph (red/cyan glasses).
stereo 3D panorama anaglyphs