Half Dome from Mirror Lake, Yosemite 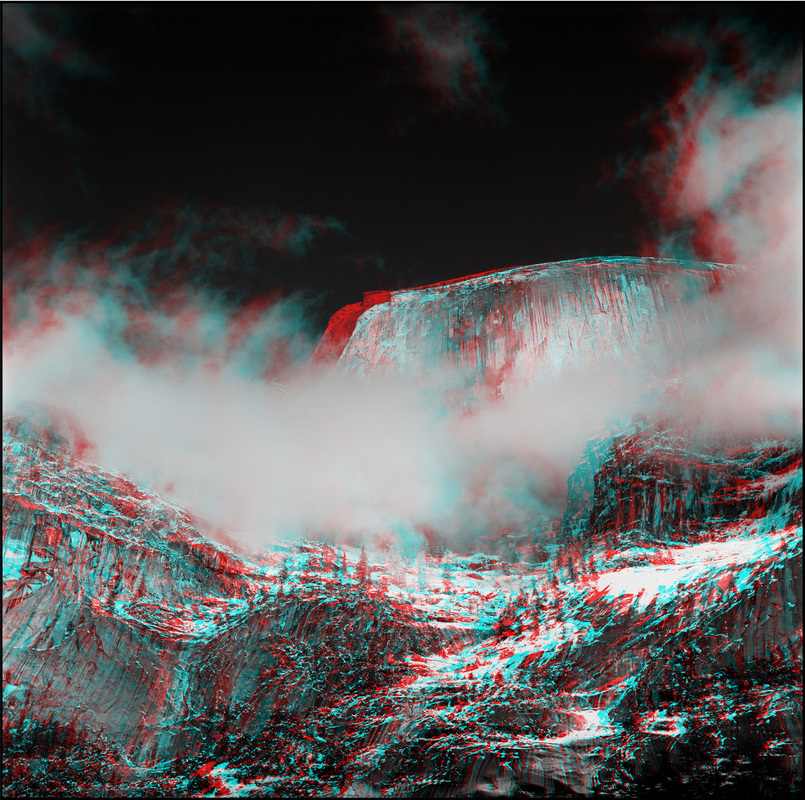 I made this image in April 2000 while I was an artist-in-residence in Yosemite for the month. I placed the cameras (2 medium format Rolleiflexes) on 2 tripods 25 yards apart. Since I didn't have anyone with me I had to set the self-timer on one and run to the other through the snow while timing the self-timer (7 seconds). It is important to shoot both of them at exactly the same time because the clouds were moving and they have to be exactly the same for the stereo image to work right. I spent several hours doing this and this was the best one.
stereo 3D panorama anaglyphs